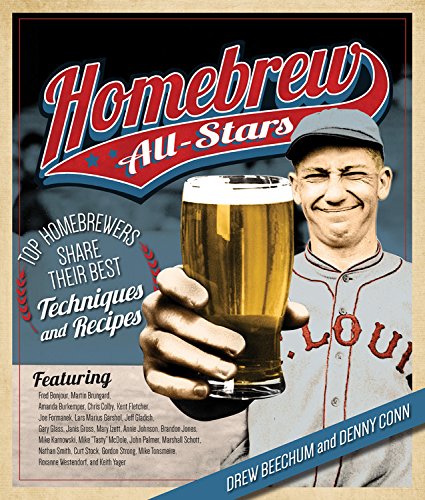 Shake up your homebrewing routine with the masters.

From the mad scientists who brought you  Experimental Homebrewing  comes an all-new type of brewing book. For the first time, drop by the garage - err, we mean brewery - of 25 of today's most talented homebrewers. Pick their brains about ingredients and equipment, learn their techniques, and of course, try their recipes.

Brewers cover their favorite malts, hops, and yeasts, and recipes include a wide variety of styles, from IPAs and stouts to saisons and lagers. Whether you're looking to become the best brewer ever or simply looking for a new recipe to try this weekend, this book is a home run.


Drew Beechum has been brewing and writing about brewing since he first picked up a kettle in 1999. He is the author of The Everything Homebrewing Book, The Everything Hard Cider Book, and The Homebrewer's Journal, and coauthor of Experimental Homebrewing. Beechum has also written for Zymurgy, the journal of the American Homebrewers Association, writes a regular column for Beer Advocate, and is the cohost of the Experimental Brewing podcast. He lives in Pasadena, California, with his lovely wife, a dedicated brewery, and his loyal army of dogs and cats.

Denny Conn brewed his first batch of homebrew in 1998 and since then has brewed over 500 more. He is a BJCP national-ranked beer judge and has been a member of the governing committee of the American Homebrewers Association for nine years. His recipes have been brewed by several commercial breweries in both the United States and Europe. He was a contributing author to Craft Beer for the Homebrewer and coauthor of Experimental Homebrewing. He currently consults for several breweries, is a field educator for Oakshire Brewing in Eugene, Oregon, and cohosts the Experimental Brewing podcast. He lives in the foothills of the Coast Range in Oregon with his wife, five cats, and two dogs.